Once teeming with life, the oceans have turned into a slaughterhouse. Fish and smaller ocean life are overexploited to an irresponsible degree. Three quarters of the stocks are more or less overfished.
Politicians shun the necessary drastic measures. Green groups try to convince consumers to eat ‘sustainably caught’ fish only. But even they suffer from (partly deliberate) tunnel vision.
For instance, in their reluctance to estrange fishing communities, most established European environmentalist groups have neglected to use one of the most powerful arguments for no longer catching popular ‘seafood species’ like tuna and sharks: all of them are often heavily polluted. Culinary time bombs, so to speak…
Taking the hint from American websites like www.edf.org and Seafood Watch I have – together with the Belgian/Dutch Eos science magazine - developed a two page online pocket guide for Dutch language consumers, the Eet-vis-wijzer (Eat-fish-(ad)wiser), telling you both which fish are safe to eat and ‘sustainably caught’.

Check out the Eos article (in Dutch/Nederlands; © Michel Robles)...

Between guerrillas and gorillas 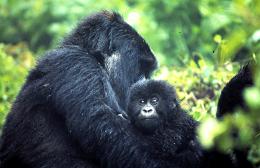 Ubwiyunge (reconciliation) is a war child, a mountain gorilla baby, born in the battle zone of the Virunga mountain range, where Rwanda, Uganda and Congo meet. National Parks can hardly protect the dozens of rare species in this area from the neverending ‘African World War’. But Park wardens and ‘green warrior’ NGO's are finding ways....

Over 130 Park rangers and several gorillas have been slaughtered, by rebel gangs and government troops alike.. It's the sad story of nature coming under fire in war zones all the world over. Sometimes it happens just by way of ‘collateral damage’. Sometimes natural habitats are targeted directly, because they are in the war mongers' way.

Paradoxically conflicts can protect valuable habitat too, keeping poachers, loggers and other destructive forces out. Whatever the circumstances, wildlife organizations, even the vulnerable local staff, are often among the few to stay on when the shit starts flying. They have devised clever combinations of splashy international PR and sensitive local expertise.

Most importantly, they’ve learned to be more than treehuggers. Social benefits of nature are often the key to necessary local support. Quite a green NGO's, therefore, have evolved into veritable developmental aid machines. Full story….

Too many butts, too many ifs…

Noone moves against a shocking 4.500 billion poisonous cigarette butts 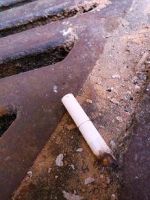 Unknown fact: flicking away your filter cigarette butt is poisoning the environment. Birds and marine life suffer. But who cares?

Filters are made of non-biodegradable plastic and stuffed to the brim with toxic chemicals. But neither politicians, nor the industry take action. Even environmentalists ignore the dirty little truth. Apart from smoking prohibitions and beach clean-ups, nothing is done.
The tobacco industry has halted earlier attempts to develop eco-friendly cigarettes. Scattered initiatives towards biodegradable filters lead an obscure existence. But something has begun to stir... Full story… 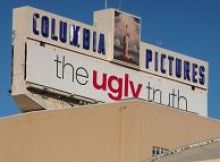 From Julia, Leonardo and George to Daryl, Matt and Rutger (Rutger who? You know: creep specialist Rutger Hauer), all the Hollywood celebs worth their salt support a green cause. But that doesn’t make the film industry itself green!
Human rights (mensenrechten), animal welfare (dierenwelzijn) and environment (milieu) - a real sustainable movie production set, is no easy thing. Michel Robles follows the industry on its way to a lilywhite conscience…. Introduction and related stories (Nederlands; English stories upcoming)….

… And in the wake of the Hollywood film industry, broadcasters too have woken up to the call for corporate social responsibility, or at least for the ‘planet’ part of the ‘people, planet, profit’ sustainability evangelium. 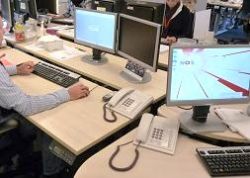 Quietly at first, but this year more openly broadcasting channels are working on energy conserving and other green strategies. In this case, big Anglosaxon media serve as forerunners. But Dutch channels, among others, are catching up. In the Netherlands many public and commercial RTV channels have taken their first tentative steps in ecomanagement. And the leading international entertainment production house Endemol has moved to a sustainably designed new head quarters in Amsterdam. Read more….

Big 'grazers' AND their meat 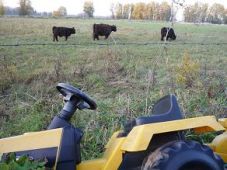 First they help us to ‘rewild’ our landscape, then they end up on our dish. An ever larger number of the horses and cattle that graze our nature areas are turned into ‘wilderness meat’ or ‘wildcattle meat’.

Good cash for their owners and top cooks praise the bite and taste. Nature managers call it a dignified end. But where does nature enhancement end and commercial farming begin? Full story (in Dutch)…

Sex in the City, but where?

Curse or economical asset? From Bangkok through Amsterdam to Rio, cities and smaller municipalities are pondering the proper place for red light enterprises within their confines. Some towns are experimenting with true spatial sex planning. Sustainable solutions come in many guises….

New Dutch laws offer sex entrepreneurs a chance to become ‘decent’. After severe screening, they can get offcial permits. The books are controlled and they pay tax, like everyone else. 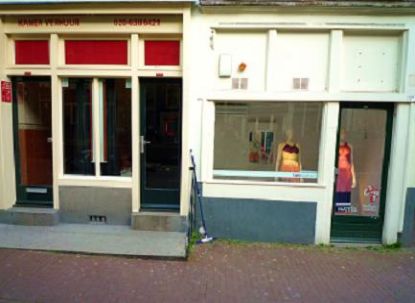 Almere, in order to cut the risks as much as possible, tries for wise spatial zoning. Suitable areas have been designated for different types of red bizz, e.g. clubs, sex shops and cinemas. Only the street and window prostitution have been taboo-ed.Full story (in Dutch, Nederlandse versie)… 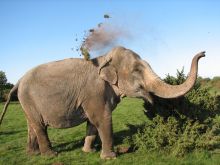 Looking for the most extreme ‘rewilding’ experiment? A bunch of Danish biologists have taken the lead, probably for a long time to come. They had elephants graze their heather.
Biologists for some time have discussed reintroducing big grazing animals into nature areas, in order to recreate some of the characteristics of their original age-old ecosystems. The Dutch government and green groups were the moost daring pioneers for two decades. They had semi-wild Konik horses as well as a variety of unusual cattle (Galloways, Scottish highlanders, Wisent buffalo et cetera) and other animals graze big nature areas of different types.
But since 2008 the Danes, led by ecologist Morten Lindhard of the Røsnæs Nature School, have taken over! In a three day try-out they let some circus elephants graze the Vesterlyngen moors, in an effort to see if these far-off descendants of the mammoth could still find a useful place in European nature.
Although criticized by other experts, they still hope for a follow-up. And indeed in the U.S. colleagues are now considering similar experiments.

Read more (in Dutch, with link to Danish)…. 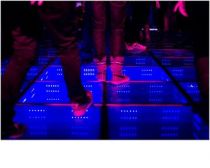 Just about time: clubbing goes eco. Since 2007 four ‘sustainable’ disco’s have invaded night life in London, Rotterdam and LA. Ravin'pity that WATT in Rotterdam is down already. Still, elsewhere the green beat goes on... (Photo: SDC/WATT)

First to open was Worm in Rotterdam, a movable cult rig, constructed on cradle-to-cradle principles of reuse. The experimental 2012 Architects bureau designed the interior, 90 percent of which has been assembled from some kind of waste.

More of a hightech image were the small club Surya in London and the big disco WATT, again in Rotterdam, and the Ecco Ultra Lounge nightclub, that opened its doors in 2008 in Hollywood, LA. Among their impressive array of eco-friendly characteristics, the most mediamatic are the “energy dance floors” in WATT and Surya. Through the movement energy of dancing boies such floors generate lighitng electricity.
Normal disco's consume tons of energy and water. WATT claimed a 30 percent reduction, compared to a conventional club. Quite hallucinating was WATT’s ‘pee experience’, created with a transparent pipe system for flushing the ladies’ restrooms with rain water from the green roof.

But there's a crisis on. Whereas Ecco in Los Angeles and Rotterdam's Worm are doing great, Surya in the outskirts of London is said to be struggling and WATT has filed a bankruptcy request this month. Ironically WATT stumbled over environmental legislation. The neighbours complained of noise. Due to dissapointing visitor numbers, WATT lacked the money for better sound insulation. The City saw no hopes in a rescue operation.

Yet, eco-friendly clubbing is headed for a flashy future, as ever more 'green' standard equipment for clubs and bars is being produced. Read more... 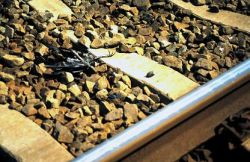 In the Netherlands, the sad ravages of road traffic add up to over 5 million animal victims each year. Railway traffic is less frequent. But still it takes a yearly toll of some 71.000 to 135.000 birds, deer, frogs, et cetera.

Officials do take action. India has set speed limits for trains in nature reserves. European countries as well as China try to reconcile human and animal traffic through eco-culverts and the like. Biologists call it “defragmentation”: reconnecting natural areas that have become separated by busy infrastructure. 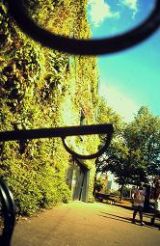 It all started with the French botanist and landscape architect Partick Blanc. Since 1988 he has created many “Mur Végétal” works of wall garden art, on office buildings and private homes, all over the world. What enabled him to do so, is ‘hydroponics’ (also called aquaponics), the technology of growing flowers and vegetables on non-soil substrates or in fluids.

By now several other systems exist for varying conditions, both in moderate and tropical climates, both outdoor and on interior walls. Shops, offices, homes and other buildings all over the world have been greened this way. And new systems keep emerging. Short story..