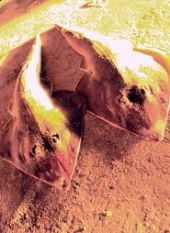 It used to be just words, in Hong Kong: the rising controversy about shark fin soup. Now shark conservationists have taken the next step: direct action.

Last August activist Ran Elfassy of Shark Rescue protested playfully, in shark costume, in front of shark selling shops, much to the chagrin of shop owners  (www.alexhoffordphotography.com/node/2221). And some days ago the Hong Kong Shark Foundation (www.hksharkfoundation.org) announced the next splash. Everyone can “vote for the Sharks”, prior to the upcoming CITES Conference on international trade in endangered species, March 13 to 25 in Qatar.

Conservationists want eight more shark species on the endangered species list. Fishing for those, from now on, should be subject to official scrutiny and permits, as is already the case with the Great white shark (Jaws), the Whale shark and the Basking shark.

Voting can be done through Google’s Show Your Vote platform, at http://show-your-vote-cites.appspot.com/. “It’s the first time ever an NGO uses this platform for rallying support on an environmental issue”, says Doug Woodring, a Hong Kong based entrepreneur, surfer, ocean lover and green ‘mover’.

Last year, with some Californian friends, Woodring staged the first truly scientific expedition www.projectkaisei.org to the Pacific Garbage Patch, to try out cleaning-up methods for plastic debris in our oceans. Awaiting the final results, he is now lending his weight to the sharks.

Shark fin soup once was the Chinese rich man’s kaviar. But since fuel prices have fallen, the once exclusive delicacy has become a popular fad. Each year some 100 million sharks are caught, 73 million just for their fins. Half of the shark fin trade goes through Hong Kong.