Walkin’ on water, houseboating after the climate change 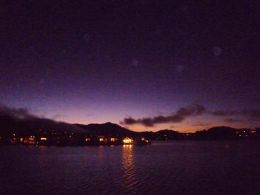 Many countries wonder how they should house their populations when sea levels rise, as the scientists predict. The Netherlands, for instance, are beginning to build floating or amphibious houses. Unsuitable spatial planning laws and controversy about ownership of ‘wet building locations’ still hamper developments, though. For a glimpse of the future a visit to California’s famous resort Sausalito, just North of San Francisco, may be well advised.

Some 400 house boats, side by side with the yachting harbors, line Sausalito’s waterfront. You got all kinds, from redone old tugs to veritable water villa’s, complete with a sauna and a terrace on the roof. Their history dates back to 1800, when poor workers from Sausalito’s numerous ship building wharfs took up living on boats as a form of cheap housing.

The Second World War Navy’s shipwrights constituted the second wave of floating home occupants. The hippies of the seventies reshaped the boat house area into a colorful artists’, bohemian and philosphers’ community. 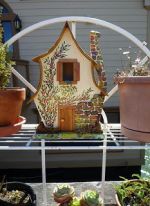 Their attachment to their fluid way of life became apparent when developers tried to get rid of this unruly lot in favor of more yachting space and expensive appartment blocks. These plans resulted in furious ‘Houseboat Wars’, with some pretty rough clashes between the boat people and the police.

As a result some piers were kept intact as part of Sausalito’s cultural heritage. Ever since, though, the floating homes must conform to strict safety and building quality rules. Like any other home, they are connected to the town’s water, electricity and sewer system.

Freedom lost? To some degree. But the upside is that the homes look better than ever before. They are well-kept. AND the home owners have organized into active associations, guarding the profitable touristic heritage value of their picturesque property. 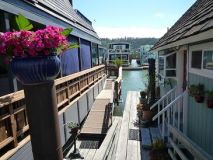